Finally a real post, finally a bit of cutting and gluing little plastics.
As you might have seen earlier I have been through several designs for my basic infantry - the hypaspists. I had settled on a design I likes quite a lot, though rather expansive as it meant bying several kits for each 10 man squads, however I really liked it. Then GW released the Vanguard/Ranger box...............I was sold. Good  good stuff in my book, IMO GW really hit a home run there. Of cause, some slight adjustments was needed, mainly because I did not like the idea of the rangers and vanguard looking so similar. Hence I decided the robes had to go - they are more fitting as camocloaks for a ranger as I see it. Luckily Victoria Miniatures had just released a set of greatcoat legs which would fit perfectly. A bit of guitarwire and we are done - easy and efficient conversion I think. 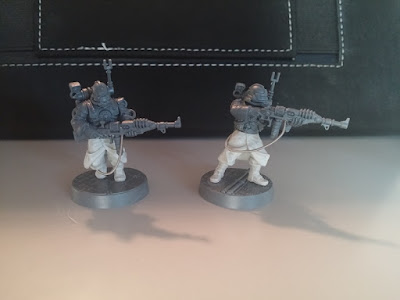 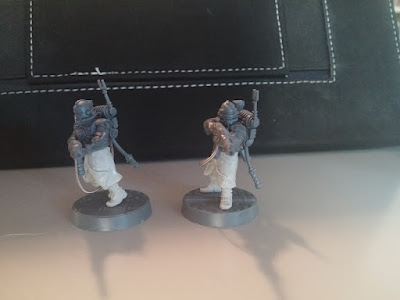 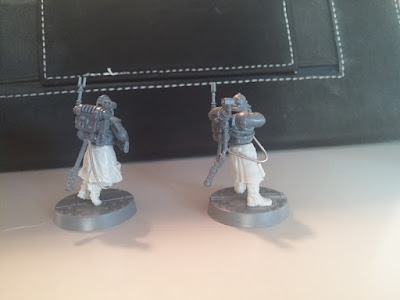