As fit for a mini like this one I've added loads of cables, as well as some other bits and I'm not finished just yet. Actually quite pleased with the direction it's taking, I think it's getting that twisted look I was going for. 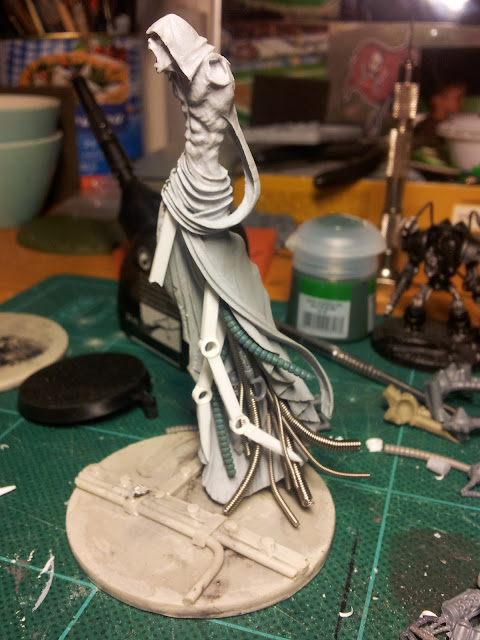 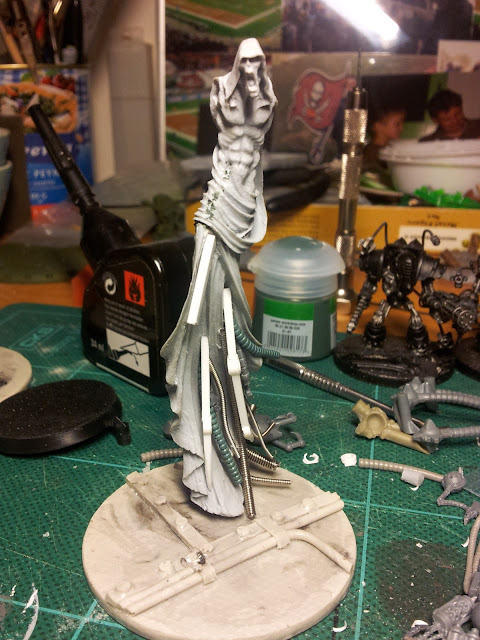 One of the problems of flying around in a good dress is you privates will be hanging out - or so I've been told....... 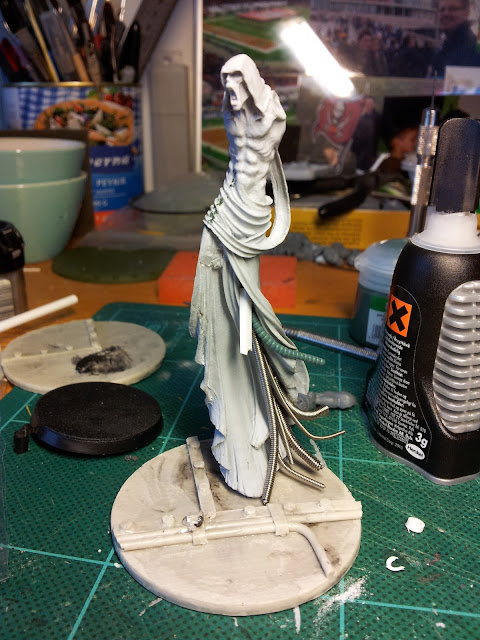 As The Omniscion is a Flying MC and head of the Legio Cybernetica I found it quite appropriate with an oversized arm and claw. The claw is nicked from one of my favourite GW boxes ever - the Cronos Painengine. That box is so ripe with twisted bits that is a treasure for any converter. 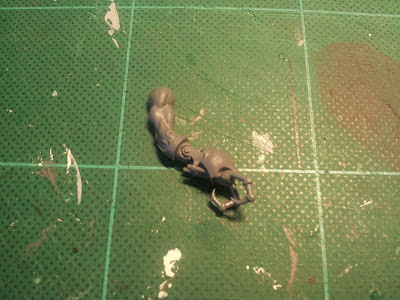 To hell with painting....and yes I know I should paint the stuff as well, but it's so hard not doing any converting for so long. So I decided to let my will cave in, and embark on yet anoter project with out finishing the defenders. My local resin pusher had some cool MicroArt minis going cheap, and I got a few new minis for my birthday, C'Tan, killerkans and Necron Immortals - boxes just ripe with bits cut up and glue to my fingers - or in a lucky moment actually to the place on a mini I'd planned. So this will be the first post in the creation of The Omniscion. 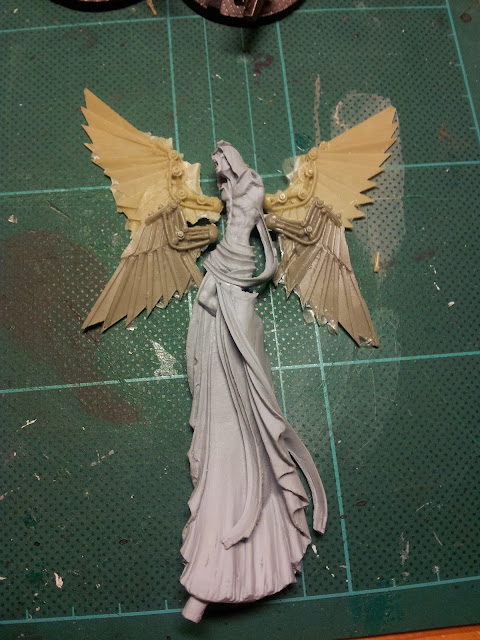 Not really sure how much of the wings will make it to the final cut, but that will be one of those decisions to make as the work comes along. Primary weapon will be a Heavy Conversion Beamer. Though that will restrict his movement some, I find it fine, as he is a leader -  a rather twisted one, too much inload over the years I think, but he should hang back, kill some enemies and then swoop in for the killing in the end. He is a flying MC, one should not forget.

And the World Still Stands

After having spend the last weeks in a deep cave, actually thinking the world would have ended, our group ventured to the surface, and what did we find: the world just as we left it! No apocalypse Mayas!

Well better get on with the painting then. 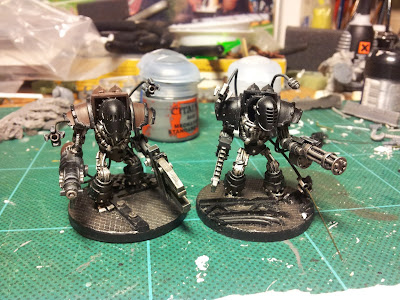