The INDIEGOGO CAMPAIGN whith those cute little not mechanicus is now rolling - and with an new very interesting stretchgoal . A walker......

Through several different designs, I have been through trying to figure out how to make my hypaspists. Still I haven't been able to come up with something I really liked, and the project has been one of those things that just is set to simmer in the back of your mind and once in a while turns out a new idea. My latest ideas can be seen here, and I'd appreciate your opinion on the ideas, as I'm really trying to figure out what design to go with. What I'm thinking is a mass produced above average soldier, still quite human but with a good deal of tech and bionics - easily more soldier than the tech-priests. Though, topclass and trimmed rank and file soldiers, I also see them as a bit feral, rather violent bunch - without much regret and a burning desire to serve the Machine God.

But please let me hear you views and ideas.

Bits used are: Also planned are some shoulderpads, though I haven't decided on which yet. 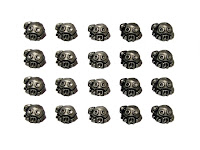 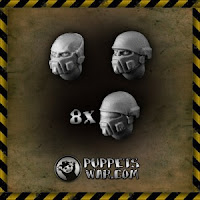 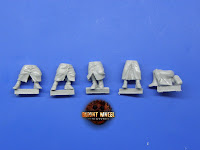 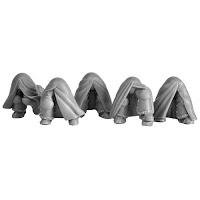 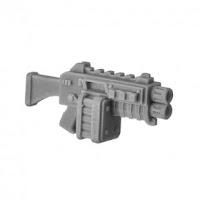 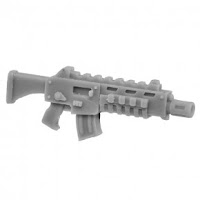 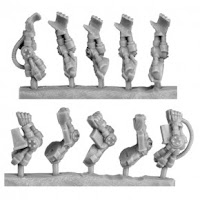 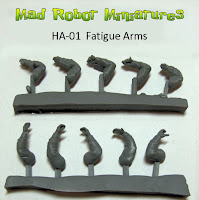 Finished all the tanks I want in the army so far - bar a couple of landraiders, which I haven't started yet. Though small they look quite impressive. 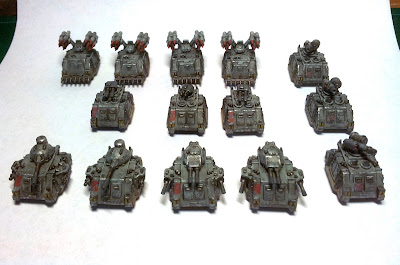 Cool stuff on the horizon

Not overly happy about another post being an upcoming project from someone else - an Indigo campaign this time. But hobby time has been scarce these last few weeks, and this thing is simply too good not show, given the other content of my blog.

Some 6 mm minis, which are not AdMech - but will be easy to use as stand-ins. Behold Troublemaker Games' Cybershadows - Indigo campaign about to launch shortly, some other interesting stuff there as well btw.