To keep the Tier system? 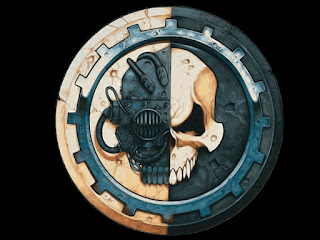 First question that really arises is whether to keep the Tier system of the TF codex or change that to the basic GW system, with a force org. chart and designate all units a battlefield role instead.

the Tier system operates as follows:

Pros and cons.
As I was not planning on keeping all units from the TF codex in the revised version, it would make things easier in certain regards if the units instead had a battlefield role like other codices, on the other hand I could just keep all the units and work my way around it (the initial plan was only to keep the units I'm keen on using anyway). However I do feel the tier system brings a different flavour to the army, but again it makes it very different to other armies/army selection which is a slightly complicating factor.
Atm I'm leaning on ditching the tier system

Any thoughts?
Posted by Manus at 13:20 No comments: 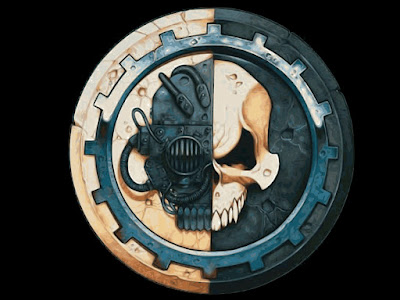 When GW released the two AdMech codices I was of cause thrilled, and I think they have outdone themselves with regards to miniatures. Übercool and with a degree of details that amazes me each time I have a close look. Of cause one can always find a mini or two which is not how you, yourself envisioned it, but overall they are beautiful either on their own or as a cool base for conversions - or both of cause.
The one thing I find the codices miss however is the massive diversity of units described in the books and other fiction about the AdMech, a diversity much better captured by the old TF codex (which can be found in my download section if you should be interested). I'll admit I play very rarely, but when I play it's always friendly games, and I have no problems using fandexes or a mix of GW/FW/TF dexes - so that great. It also let me to the idea of collecting all the AdMech units from GW/FW/TF in one codex - however once I started writing down the units, the number of units became so large that collecting them all would be an almost impossible task. Taking that into account and the possibility of just making up an army of detachments from the different codices and HH books, the primal ideas seem a little over the top - even though I like a good summer project. Instead I have decided to try and update the TF codex, exchanging some of the old units, weapons and wargear with official ones where it's appropriate, and in some cases just deleting options if that makes more sense. It will of cause not be the TF codex any more, but kind of my own rip-off to use in friendly games - to be able to use a greater variety of models.
Some pieces of weapons or wargear is not easy to replace though, so I hope you guys will be able to help me out once in a while, here. So in the not to distant future rules suggestions and idead will pop up right here, please swoop by once in a while.
As always, any thought, ideas, suggestions and speculations are most welcome.

Cheers
Manus
Posted by Manus at 09:51 No comments:

My good buddy Trev at Plastik Krak (maker of the Neutrino Irradiator) is working hard on get his next model ready for distribution and getting his new website up and running. He has kindly send a few pics of his new Tank Girl Tank to share with you guys - looks pretty cool right? Also keep an eye on the website HERE 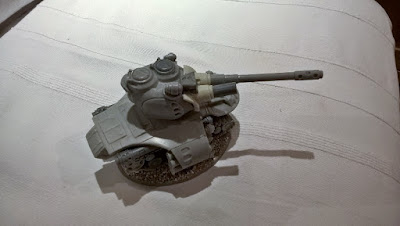 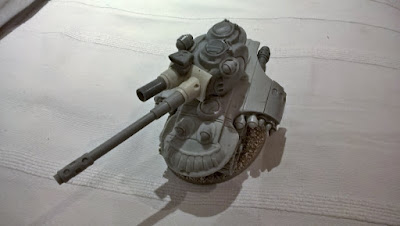