To be honest I have been really impressed with the Tzaangors, I think GW has really hit a nightmarish combination of beaks, horns and archaic looking bits - very well done. Therefor I didn't really want to change too much with the first one here, rather just experiment a bit with the mini - get to know it so to speak. Of cause I would rather be caught dead than just making a standard mini so some small alterations are in line - which should also take it a bit away from the deamon look and fit it into my Void Pirates. Gamewise I figure it with fit right in as a beastman. 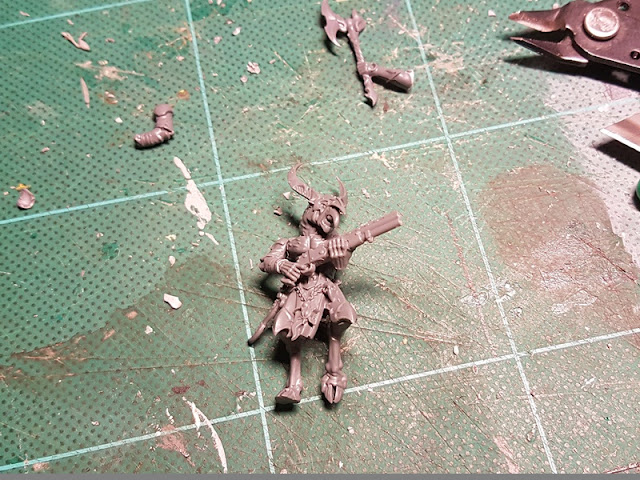 Had a lot of comments on this in various places, and amongst other things,  the legguards were a big issue. They have now been dremeled out and bent into shape. The sword has also been repositioned and he has been given a new gun - much better IMO. 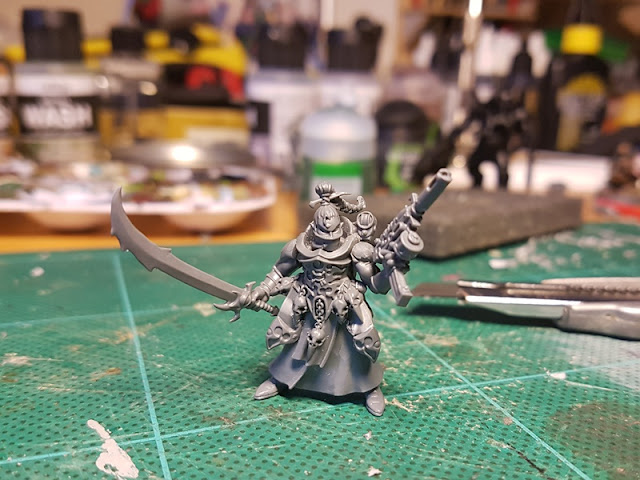 Blade of the Void

The pointyeared backstabber - or The Blade of the Void as he like to call himself (with standard eldar modesty) came closer to the finish line. Like the overall view, something is off with his right arm though, have to rework that. 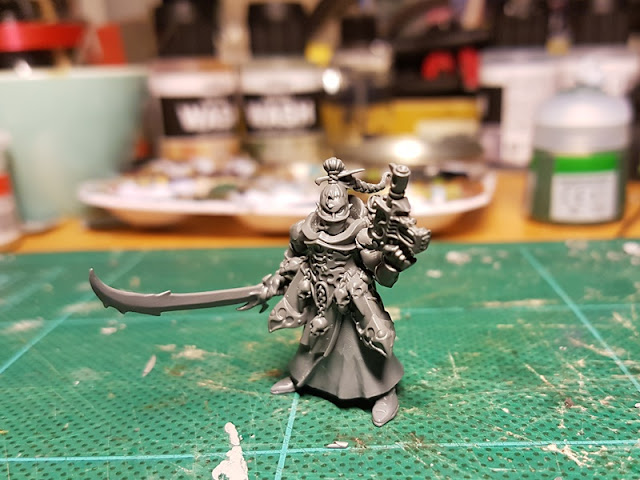 Tzaangors - love that kit, so overly detailed and twisted. Pretty sure they will be be put to use loads in the future.
First use for me will be this  - which I'm pretty sure will end up being an eldar pirate. 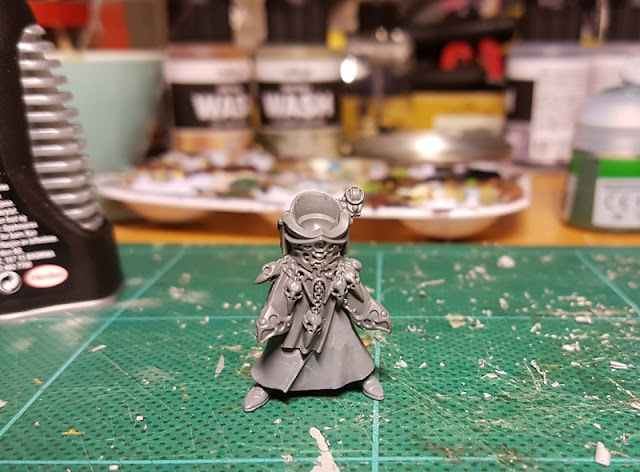 Though Crazy Ivan came relatively easy to me, I have had somewhat of a struggle actually picturing those void pirates - or perhaps not the picturing, but how to actually turn that into miniatures. Not that easy to make the minis flashy and flamboyant and at the same time time keep them gritty and darkcore - which is still the way I want to go. But having thought it over during the weekend, I have come to the conclusion that they don't all have to be flashy - captain will of cause, but for the rest I'll try to focus on that they are actually pirates. A ramshackle horde of misfits, hardcore (though extremely romanticised) criminals - feared for their ferocity and their failing respect for human/xenos life. Thus the minis will reflect this side of things, hopefully showing some badass characters you'd make sure to hide from and you shouldn't be in doubt why they ended up pirates. I focus less on making them look like Caribbean pirates but still try to incorporate little reference bits and pieces - and hopefully draw them all to gether with the paintjob.


Next up is this bloke - not named yet - I wanted something brutal with a big gun for my hullbreaching team. 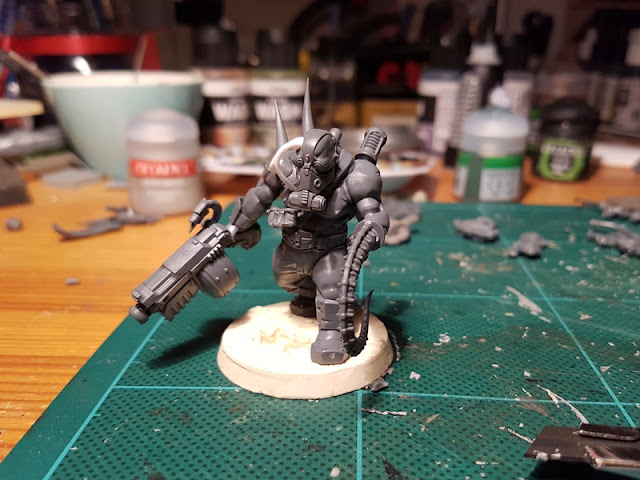 If you need a starship boarded, just call Crazy Ivan for some good bomb hurling. 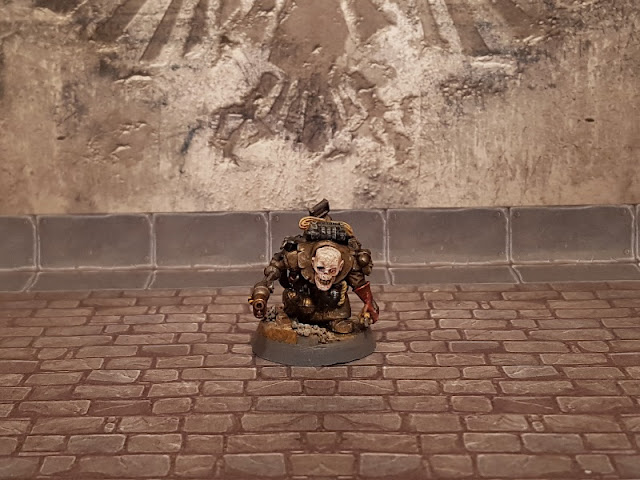 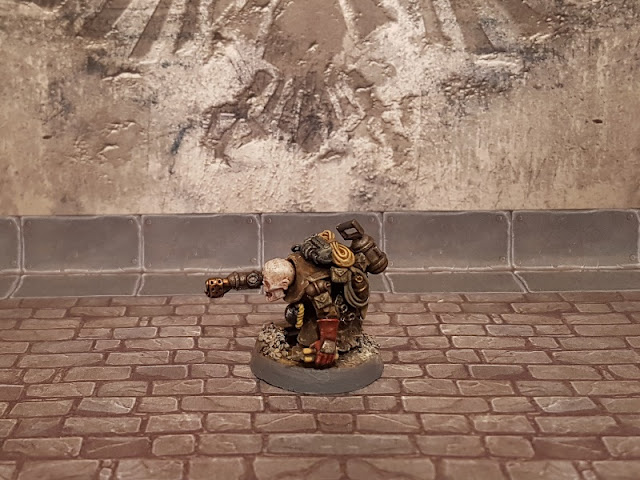 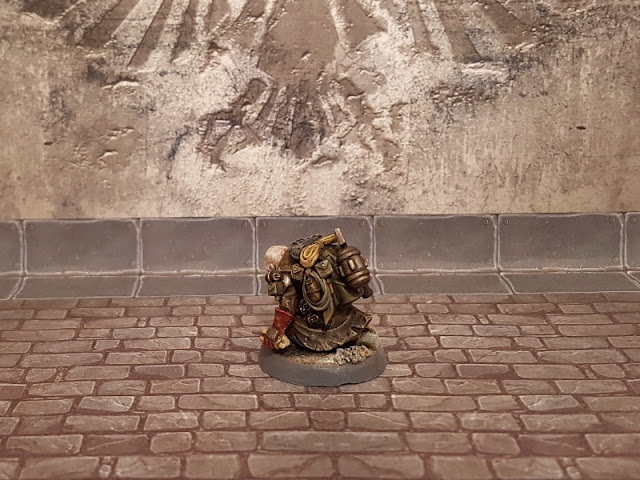 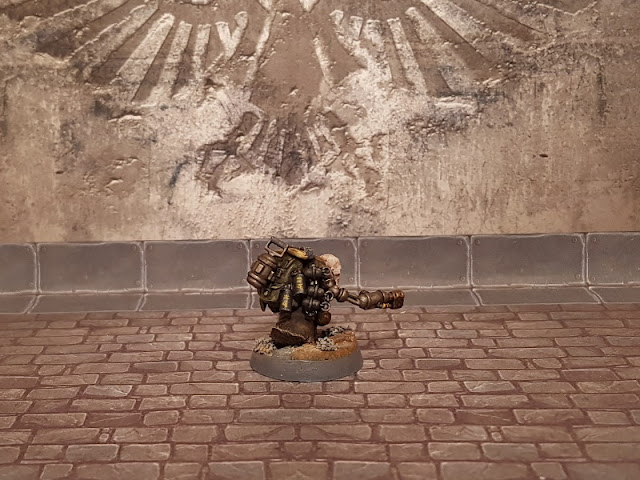 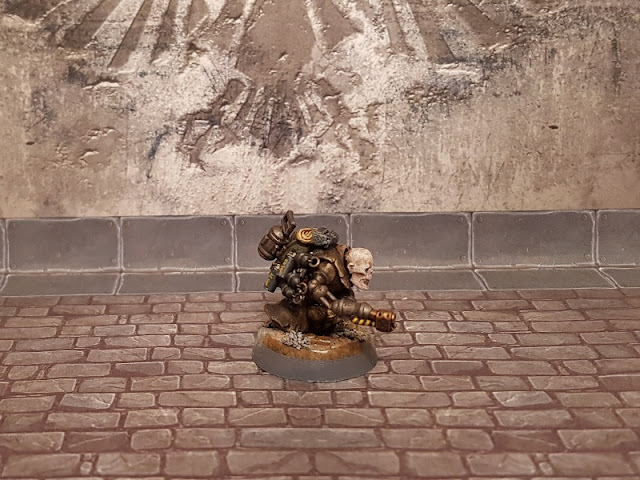 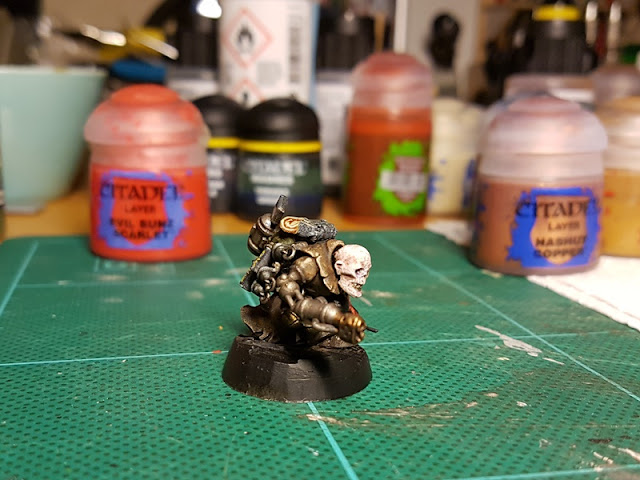 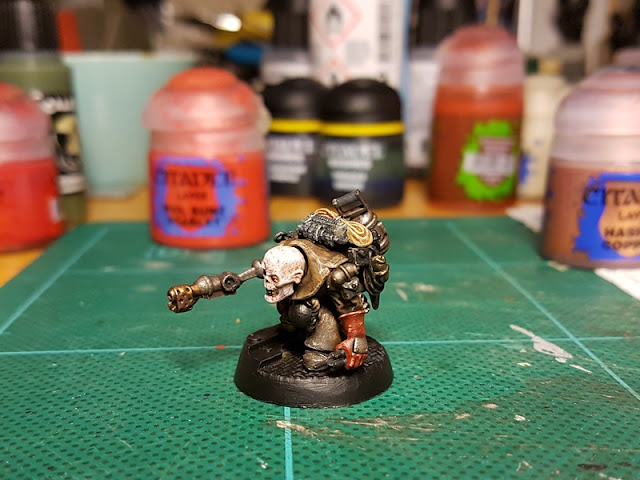