As Half & Half are borderline mutants, I wanted to give the big fellow a twist to the skincolor. I also wanted it to be something else than the WAT grown AdMech skin I have done in the past, so I decided to work out of a yellowish base and then just play around and experiment...as follows: 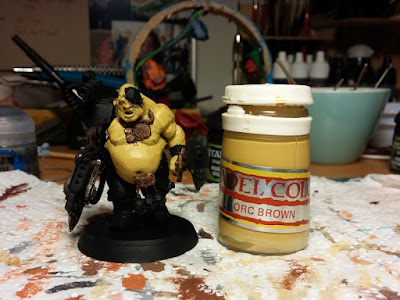 Then a wash of GW serpia 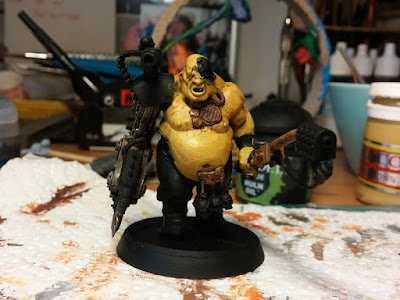 Next step was a skin drybrushing 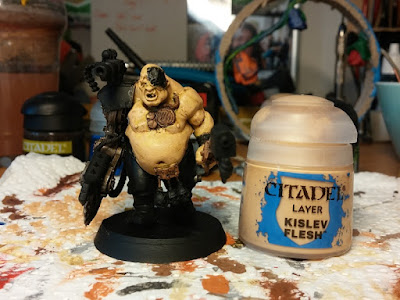 It was then time to work some other colors into the skin, so he was given a random stippeling with a dark brown color and orange as well. Needed plenty as the next step would cover up most of it. 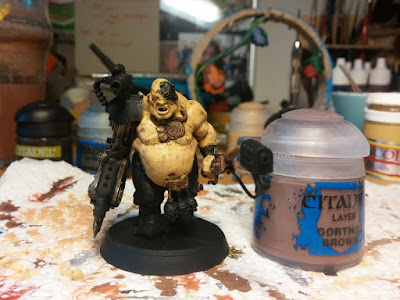 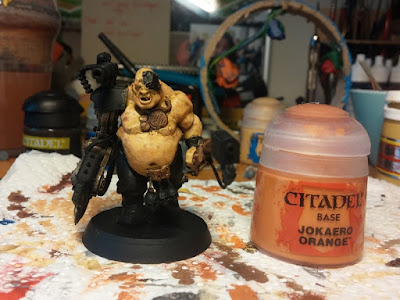 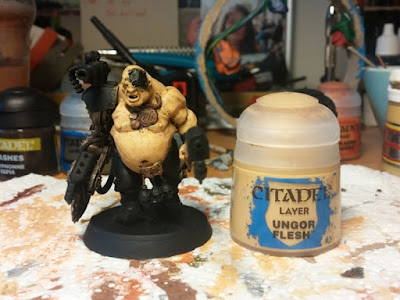 Then I worked in some shading by adding ogryn flesh wash to "under sides" ie. non light exposed parts of muscles and fattybits. A purple was was added in the deepest recesses and in random patches to add even more depth to the skin. 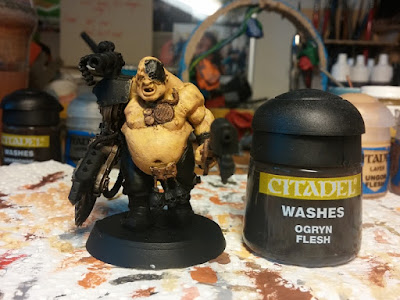 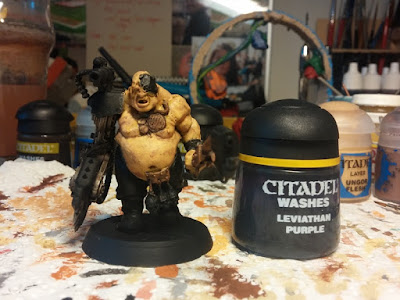 Orange wash was applied on recesses and around implants/rusty bits. 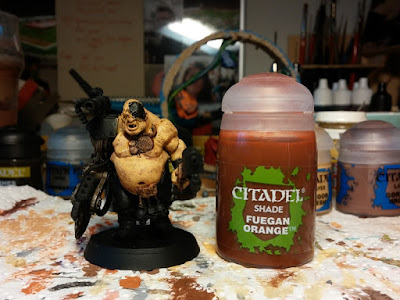 Top layer drybrush of the skin - quite light coat of drybrush. 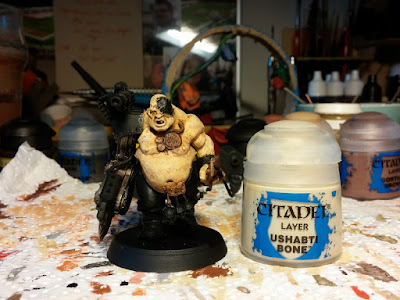 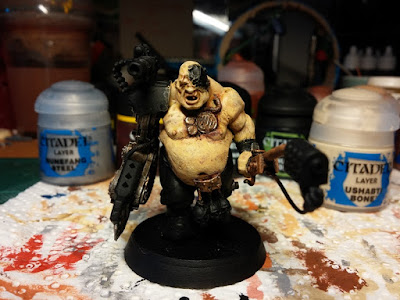 Email ThisBlogThis!Share to TwitterShare to FacebookShare to Pinterest
Labels: Half & Half, Inq28, Inquisimunda, Painting, Step by step, Tutorial